About a year and a bit ago I published ld-redux to integrate launch darkly with react and redux. I used that solution both commercially in production and personally. It has been stable thus far. There were issues though:

With these in mind, I introduce to you (drum roll) ld-redux v3.

There's no longer need to worry about isLDReady. It has been deleted completely from the package.

There's no longer need to connect using ldConnect either! It is gone baby gone!

You can consume your flags directly from your redux store without having to use getFlags().

The subscription logic has been moved to the init() method so all subscriptions are done just once. Very efficient. 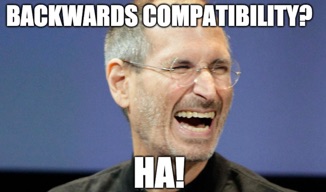 v3 is NOT backwards compatible with v1.x! So be prepared to do some refactoring if you are on v1 upgrading to v3. It's a simple upgrade though. You will be deleting code most of the time. ld-redux v3 is launch darkly and redux as it's meant to be!

You include ldReducer in your app and call the init method once at bootstrap. Your flags will then be available in your redux state as camel cased keys. That's it!

Oh and one more thing in case someone asks what happened to ld-redux v2? It went from v1.4.x to v3.0.1. What the heck? Umm I made a mistake during publishing (entered npm version update major twice) so it became v3. Doesn't matter! As long as it works right?